Italian Mnemonic Magus Giulio Camillo was in Paris in 1543 and was walking through the Zoo with a number of his learned friends. All of a sudden a great cry went up and people started to run hither and thither. A Lion had escaped and was chasing people. All of Giulio’s party fled but Giulio remained still. He entered into his memory palace which took the form of a great theater and rising through the planets settled in the room of the sun. Being thus ensconced he took on the form of Apollo Helios the sun god and allowed the light to shine through him. Returning to bodily awareness he became aware that the Lion was upon him but with its claws in, and without hurting him in any way, but only licking him with affection due to his solar virtue. There after it stopped snarling and lost all aggression and was subservient to him.

This story is known not only from Camillo's own account, but also from others that were there. One such description is found in the diaries of his friend Betussi who gave a very similar account, but with one extra detail. He says that the only reason Camillo had to reduce to magical influence was that he was far too fat to run! 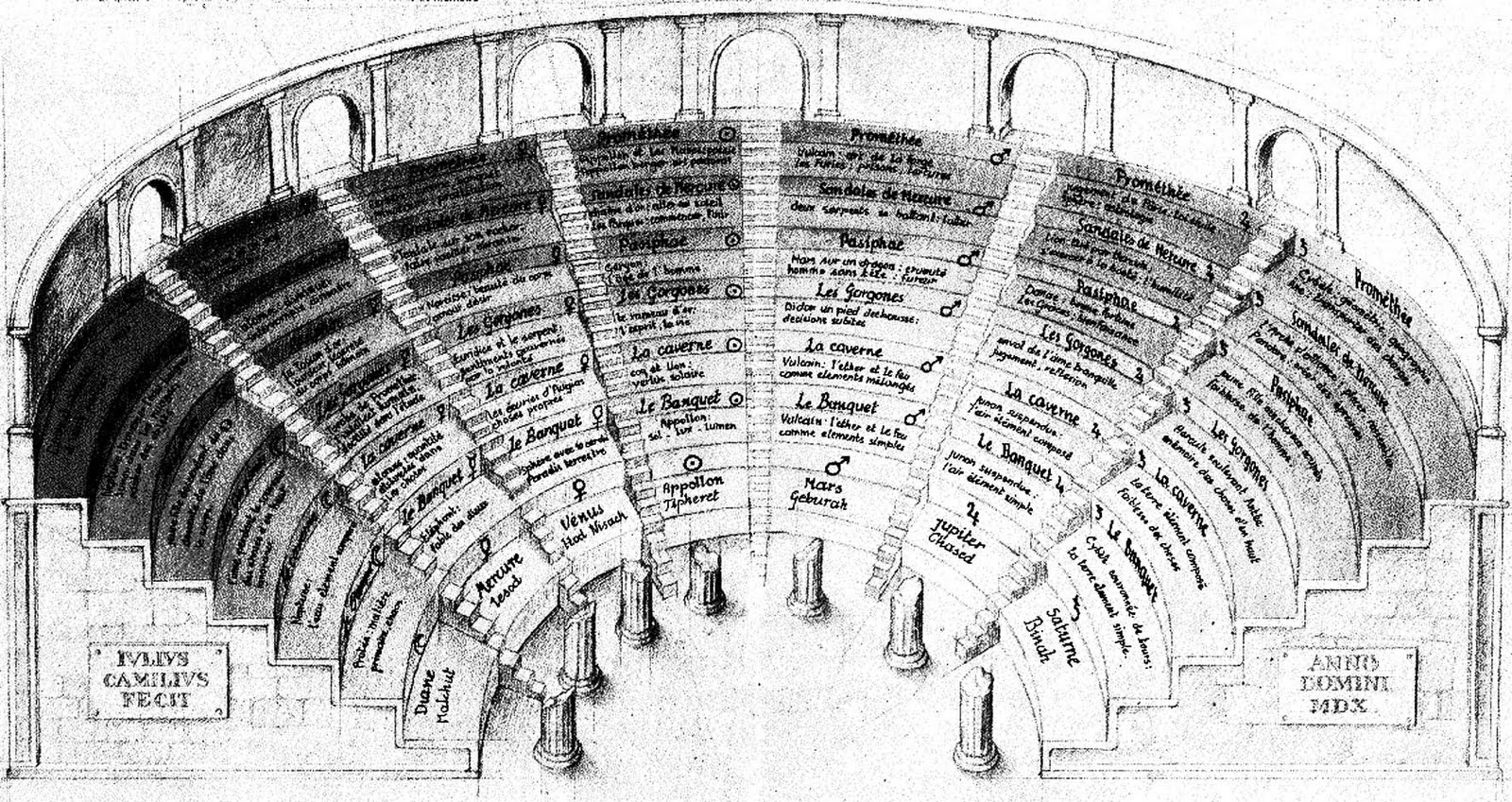 The Law of Sympathy